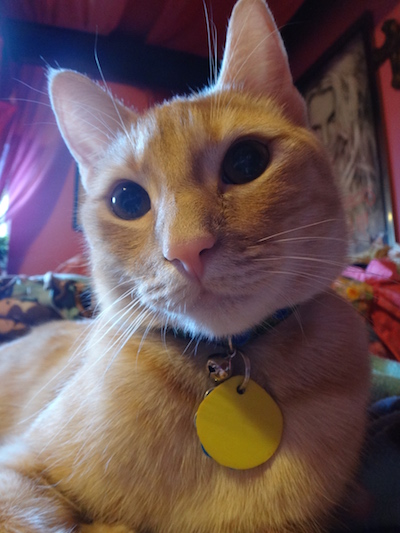 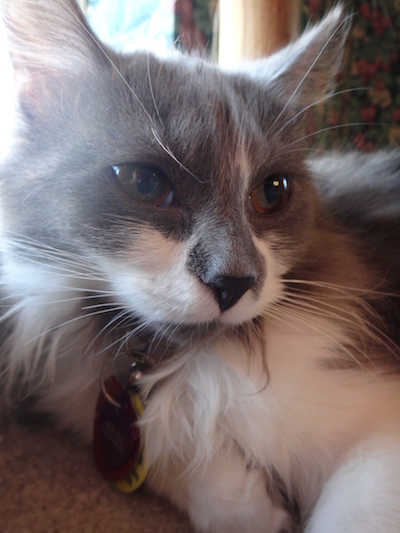 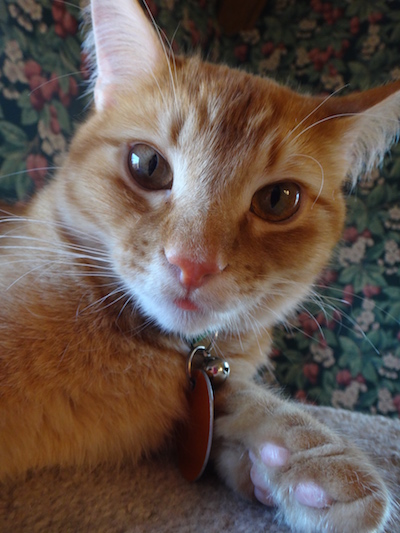 Da peeps didn't head to da bacon store yesterday, but we ended up gettin bacon anyways.  Da peeps like dis speshul maple bacon dat dey can only get at Central Market, and dat place are CRAZY on da weekends.  Anyways, dere wuz three pieces left, which isn't enuf for all of dem.  Speshully when dey gotta share wif "da ravenous cat hoard."  Or yeah, and da barkin westies too.  Well, Whitley, da oldest pupper, has not been eatin real good lately.  It are not somefin I understand, my appetite are always huge.  But she's been refusin to eat.  She's on some Aunty-Bye-Otics now for a hot spot, and da peeps are hopin dat are what are causin her lack of appetite (she's 12 and a half and I know my momma are a lil worried it might be somefin else).  Anyways, da mommas cooked Whitley up a fried egg and some bacon to try to tempt her to eat (it did eventually work).  And since bacon wuz already cookin, all of us kitties got some too.  So da only ones deprived of bacon dis weekend wuz Finley (da udder pupper) and da peeps.

As long as I get mine, I don't care who else are deprived.  Or maybe da right word are depraved, MOL!

Hope ya got some tasty noms today too! 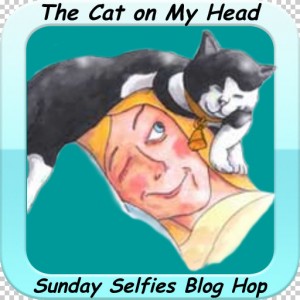 Lone Star Cats
We are Travis, an 9 year old peach tabby, Angelique, a 8 year old gray and white princess, and Bowie, a 3 year old light orange tabby from down in the Lone Star State. Contact us at lonestarcats26@gmail.com