Finley's Last Will and Test-a-Mint 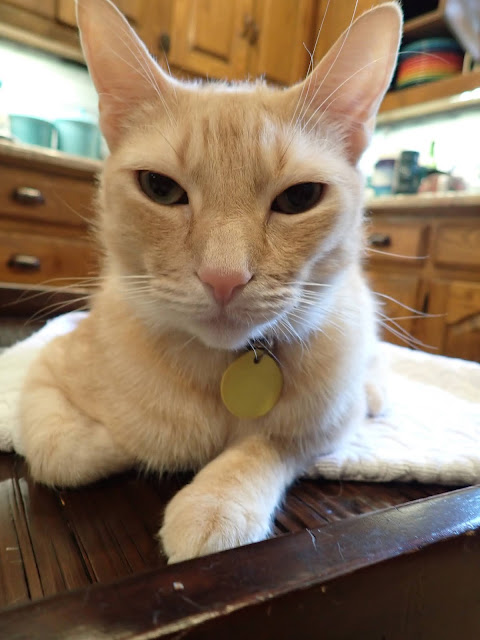 Well pals, it has been a busy few days around here. 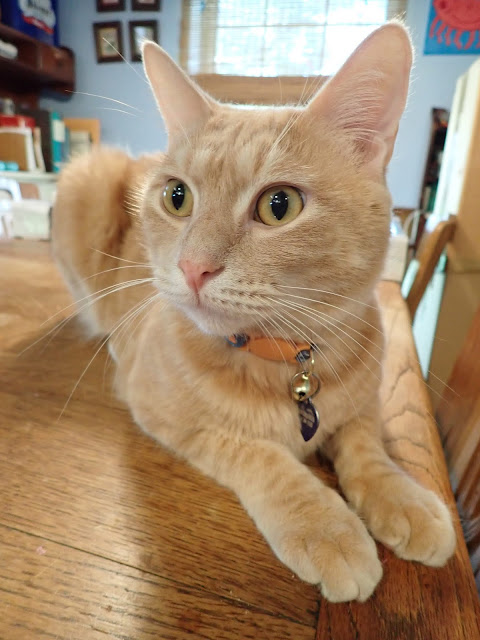 The mommas seem almost as obsessed wif boxes lately as we are! 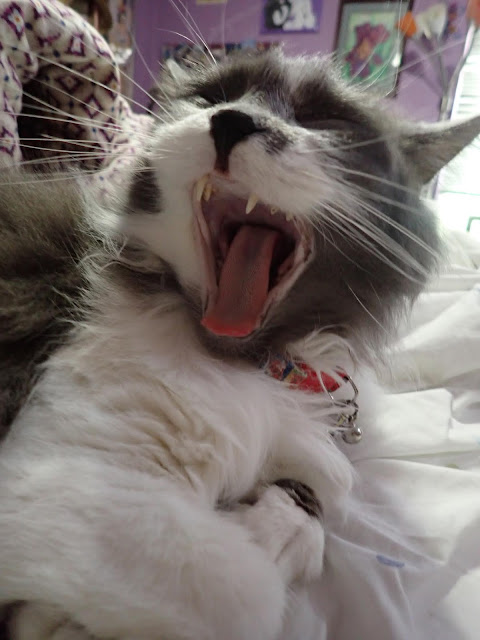 And for some reason, we aren't supposed to play in these boxes. BORING! 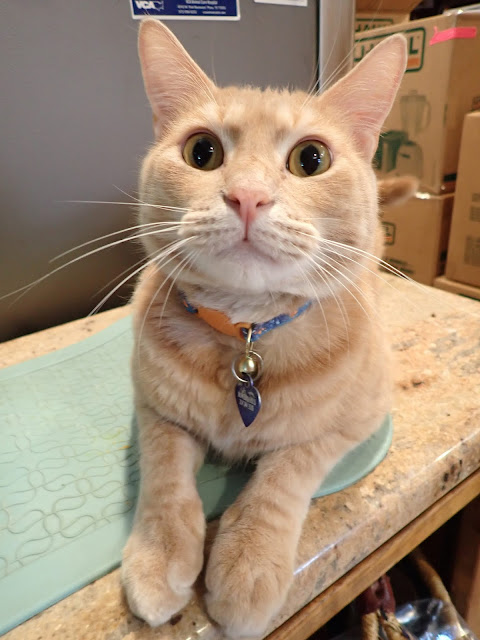 Not that Bowie hasn't been climbing them and being a crazy pants anyways. 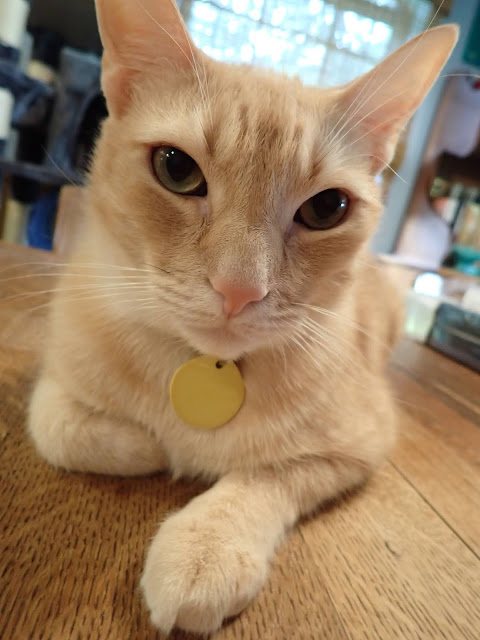 I've mostly just been hanging out OUT of the way. 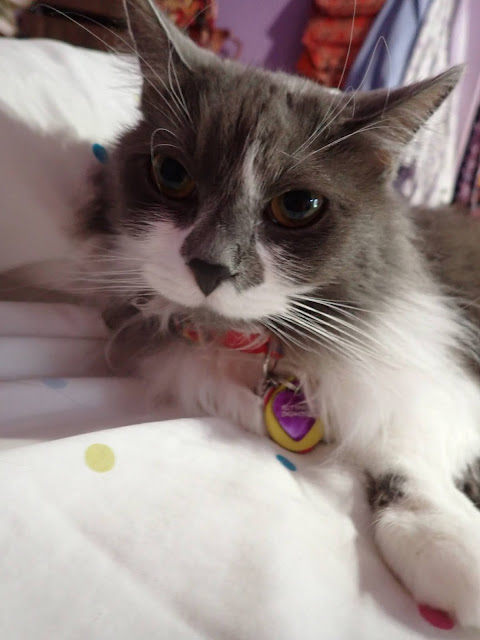 Anyways, today the dogs wuz snuffing around da toy basket, and they found a piece of paper all tied up. 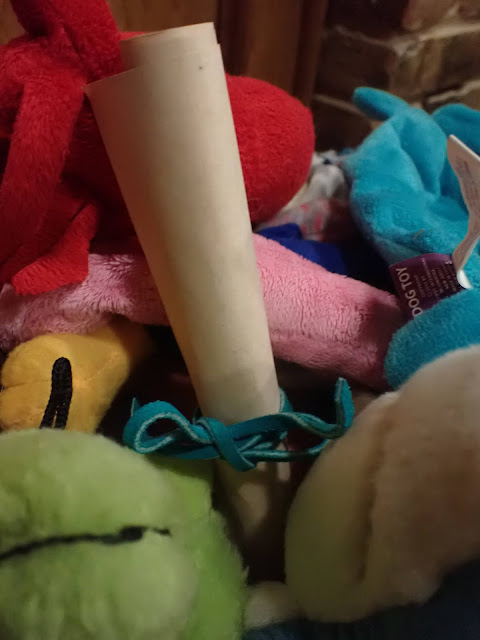 It wuz Finley's last will and test-a-mint. 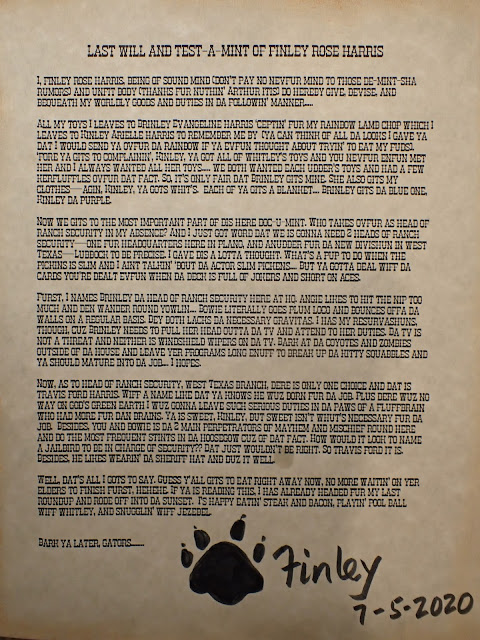 Here are a transcript in case ya is havin a tuff time reading it:

LAST WILL AND TEST-A-MINT OF FINLEY ROSE HARRIS

I, Finley Rose Harris, being of sound mind (don’t pay no nevfur mind to those de-mint-sha rumors) and unfit body (thanks fur nuthin’ Arthur itis) do hereby give, devise, and bequeath my worldly goods and duties in da followin’ manner…..

All my toys I leaves to Brinley Evangeline harris ‘ceptin’ fur my rainbow lamb chop which I leaves to Kinley Arielle harris to remember me by (ya can think of all da looks I gave ya dat I would send ya ovfur da rainbow if ya evfun thought about tryin’ to eat my fuds). ‘Fore ya gits to complainin’, Kinley, ya got all of whitley’s toys and you nevfur enfun met her and I always wanted all her toys….. we both wanted each udder’s toys and had a few kerfluffles ovfur dat fact. So, it’s only fair dat Brinley gits mine. She also gits my clothes—agin, Kinley, ya gots whit’s.  Each of ya gits a blanket…. Brinley gits da blue one, Kinley da purple.

Now we gits to the most important part of dis here doc-u-mint. Who takes ovfur as Head of Ranch Security in my absence? And I just got word dat we is gonna need 2 Heads of Ranch Security—one fur headquarters here in Plano, and anudder fur da new divishun in west Texas—Lubbock to be precise. I gave dis a lotta thought. What’s a pup to do when the pickins is slim and I aint talkin’ ‘bout da actor Slim Pickens…. But ya gotta deal wiff da cards you’re dealt evfun when da deck is full of jokers and short on aces.

Furst, I names Brinley da Head of Ranch Security here at HQ. Angie likes to hit the nip too much and den wander round yowlin…. Bowie literally goes plum loco and bounces offa da walls on a regular basis. Dey both lacks da necessary gravitas. I has my resurvashuns, though, cuz Brinley needs to pull her head outta da tv and attend to her duties. Da tv is not a threat and neither is windshield wipers on da tv. Bark at da coyotes and zombies outside of da house and leave yer programs long enuff to break up da kitty squabbles and ya should mature into da job…. I hopes.

Now, as to Head of Ranch Security, West Texas Branch, dere is only one choice and dat is Travis Ford Harris. Wiff a name like dat ya knows he wuz born fur da job. Plus dere wuz no way on God’s green earth I wuz gonna leave such serious duties in da paws of a fluffbrain who had more fur dan brains. Ya is sweet, Kinley, but sweet isn’t whut’s necessary fur da job.  Besides, you and Bowie is da 2 main perpetrators of mayhem and mischief round here and do the most frequent stints in da hoosegow cuz of dat fact. How would it look to name a jailbird to be in charge of security?? Dat just wouldn’t be right. So Travis Ford it is. Besides, he likes wearin’ da sheriff hat and duz it well.

Well, dat’s all I gots to say. Guess y’all gits to eat right away now, no more waitin’ on yer elders to finish furst, hehehe. If ya is reading this, I has already headed fur my last roundup and rode off into da sunset.  I’s happy eatin’ steak and bacon, playin’ pool ball wiff Whitley, and snugglin’ wiff Jezebel. 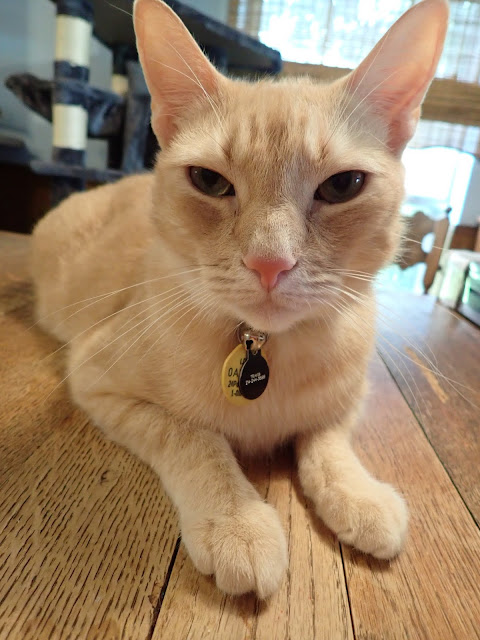 Rest assured Finley, I will take my job as Head of Ranch Security, West Texas Branch, wif the utmost responsibility such a posishun demands. 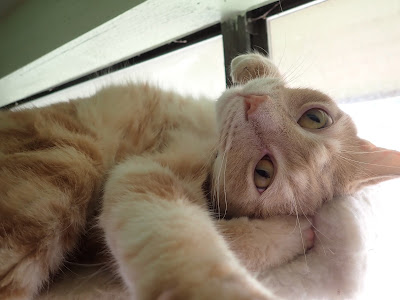 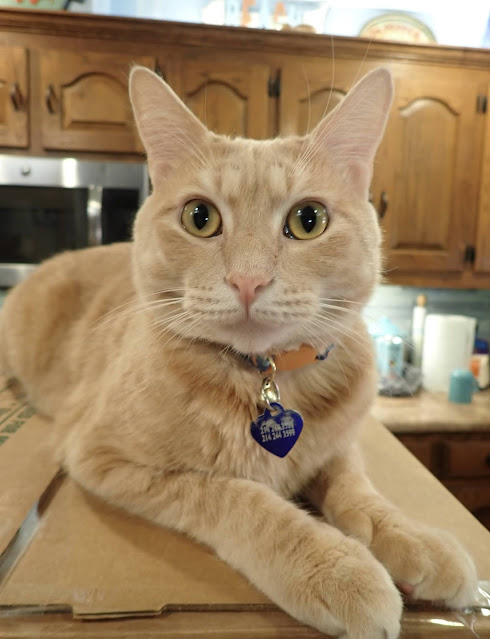 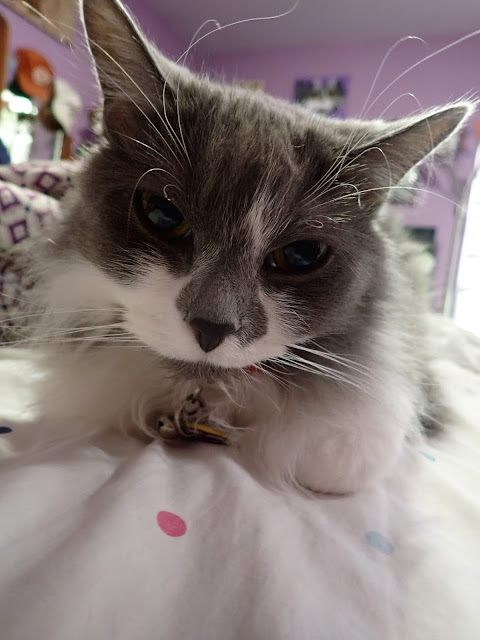 Angelique says she is above worrying about whatefur silly dogs have to say, even in their last wills and test-a-mints. 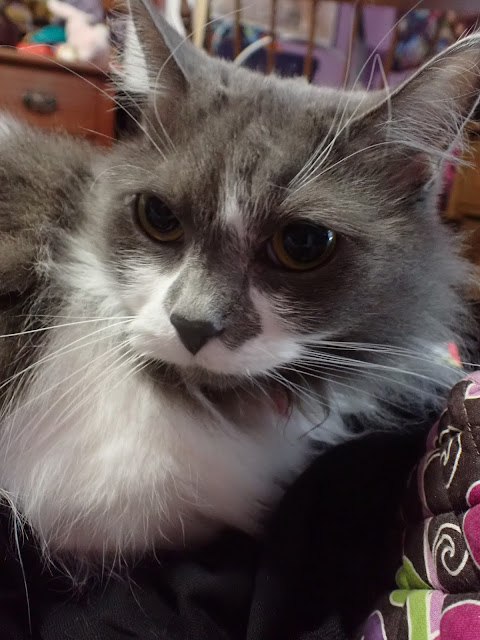 Oh, and she also says to pass da nip. 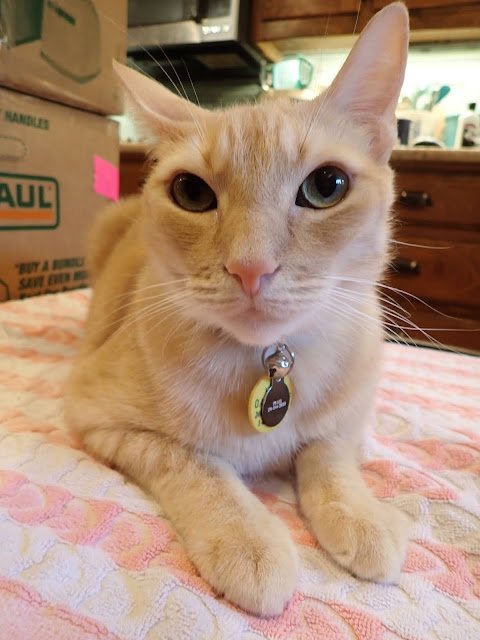 I think Finley may have had a point about those two. I just wanna know - when can I get my sheriff hat outta one of those boxes??
Posted by Lone Star Cats at 11:59 PM