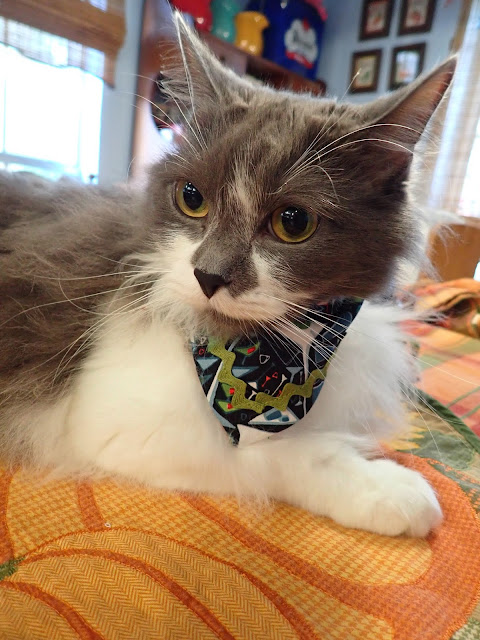 Angelique here - Well, this is not the post that Travis' momma had planned to write today. She had planned on us showing off our new martini bandanas and making some kinda joke about how maybe we could wear them when the new James Bond movie came out in 2029. But, today 2020 kept 2020ing and Travis is staying at the emergency vet - he had a urinary blockage. 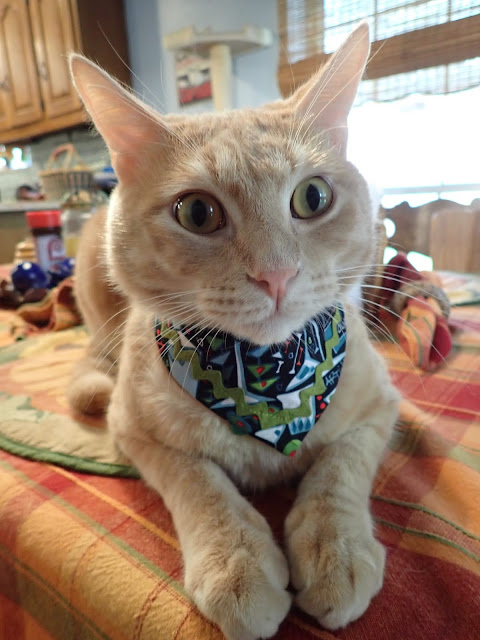 Yeah Angelique, it stinks. My big brofur had been hanging out in da litter box a lil bit more dan normal, but da mommas didn't really know he had a real problem until today when Travis' momma wuz exorcisin and Travis attempted some innappropirate peein in front of her. And he NEVER does that. He also seemed like he wuz in pain when he wuz picked up - he even hissed my momma and he never duz dat. They made him a vet appointment for tomorrow but after talking to the vet again when he seemed to be in pain, they decided to take him to da emergency vet since he'd hafta go there anyways if he wuz actually blocked. 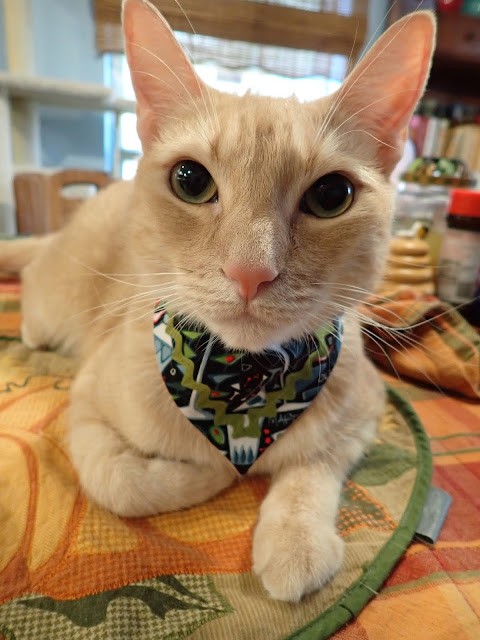 And it's good they took him because he did have a blockage - the vet says his bladder wuz the size of a baseball. The good news is that he unblocked easily, his kidney values were still good, and the urine that came out wuz only streaked with blood. He had a combination of a mucus plug and struvite crystals. We only feed wet food, but Travis is going to have to be on a urinary diet and da mommas are gonna try giving him broth to make shure he gets enuf water. He's gotta be at the emergency vet for a couple days, but they did say da mommas caught it early. I just want my buddy back.
Posted by Lone Star Cats at 11:09 PM