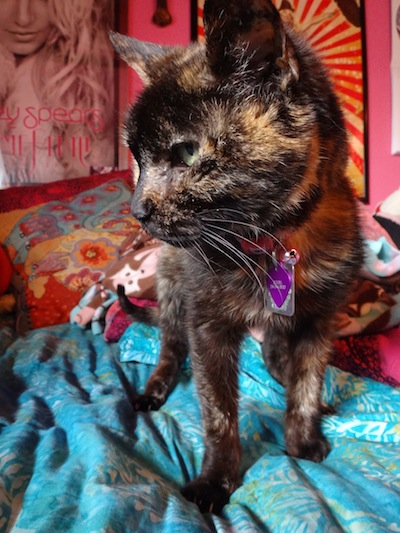 I never used to be a lap kitty when I was younger.  Laps just didn't interest me at all.  Sometimes I'd sit next to the humans slaves, but never on them.  I was more of a loner, and I didn't want to let them think I actually liked them.

But all that's changed in the last few years.  I've discovered that I really like laps.  They're warm and you get a lot of pets when you sit in them.  Sometimes, you can even try to steal a little of their food if they're eating.

So if you're more of a loner kitty, I really suggest to try sitting in the slaves' laps.  Wish I had discovered it sooner. 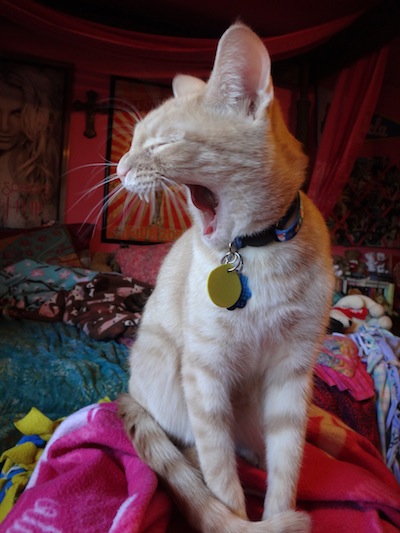 Yep, dat are where da food goes - in my mouth.  I loves all kindsa food and tries to eat everything under da sun (and under da clouds too) - bacon, bread, shrimpies, pot roast, mashed taters, butter, flour and Crisco (my grandma had floured a pan fors a coffee cake and I was caught licking it), coffee cake, enchiladas, da Christmas tree, eggs, pizza, toast, yogurts, cookies, chickie wingses, a whole turkey leg, pancakeses, sandwicheses, pasta, cereals, dog foods, uh well pretty much whatevers I can get to.  I's a real life Garfield, cept I's got da whole kitten cuteness and sweetness going for me like Nermal. 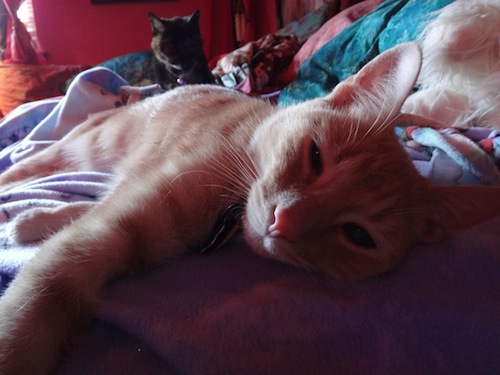 And looking dis cute, how can da humans resist giving me at least some of what I wants to eat???
Posted by Lone Star Cats at 3:57 PM 26 comments: 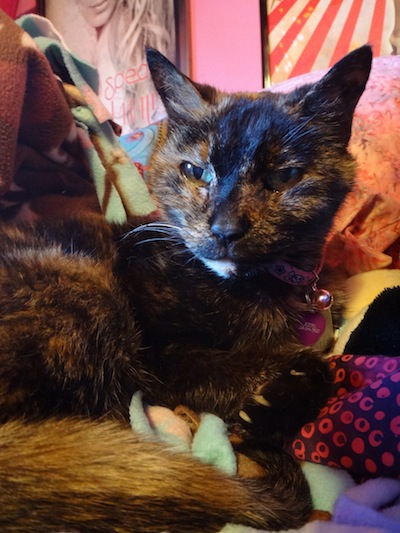 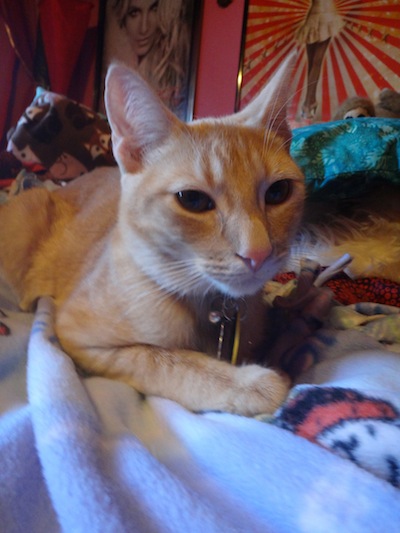 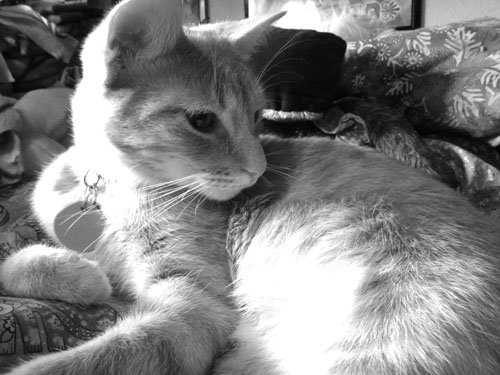 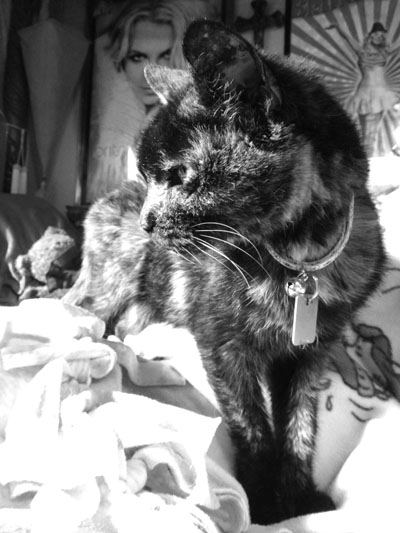 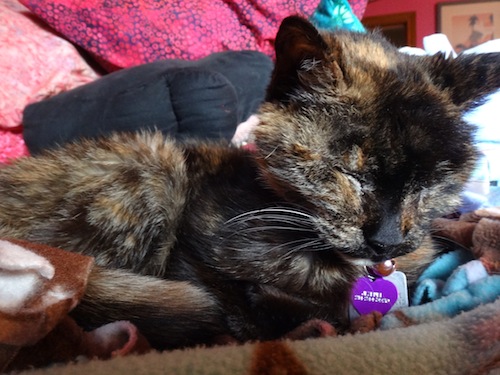 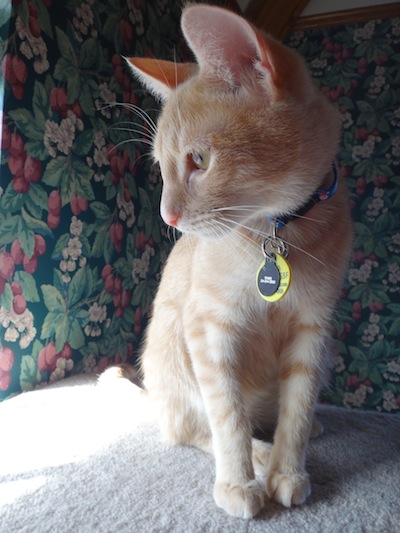 I know a bunch of kitties don't like dere bellies rubbed.  Miss Jezzy doesn't like her belly rubbed and I can't figure why.  And Maurice, he sometimes lets da people pet his belly, but he do not ever roll over and ask for belly rubs.  Me, I's always askin' for belly rubs.

Momma says I's a dog in a cat suit sometimes, but I don't think there's nothing un-cat-like about enjoying some belly rubs!  How bouts you, is you a belly rub fan or not? 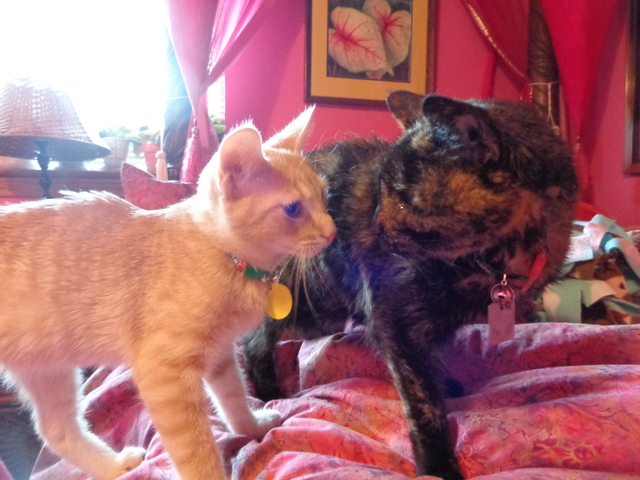 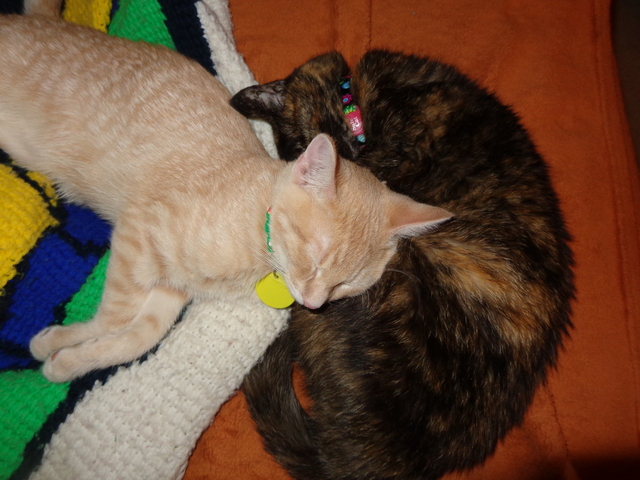 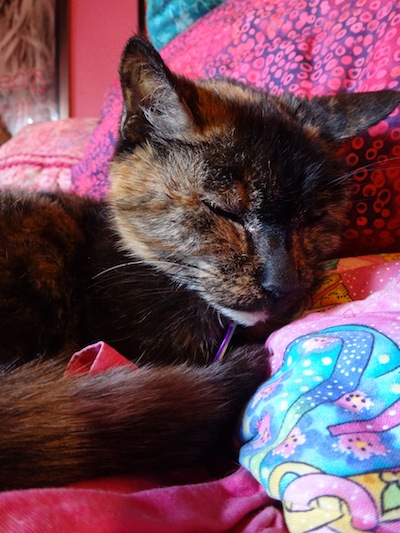 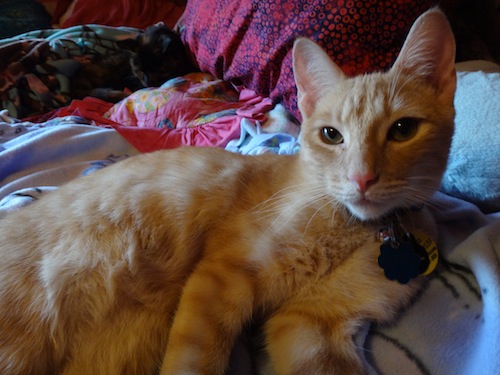 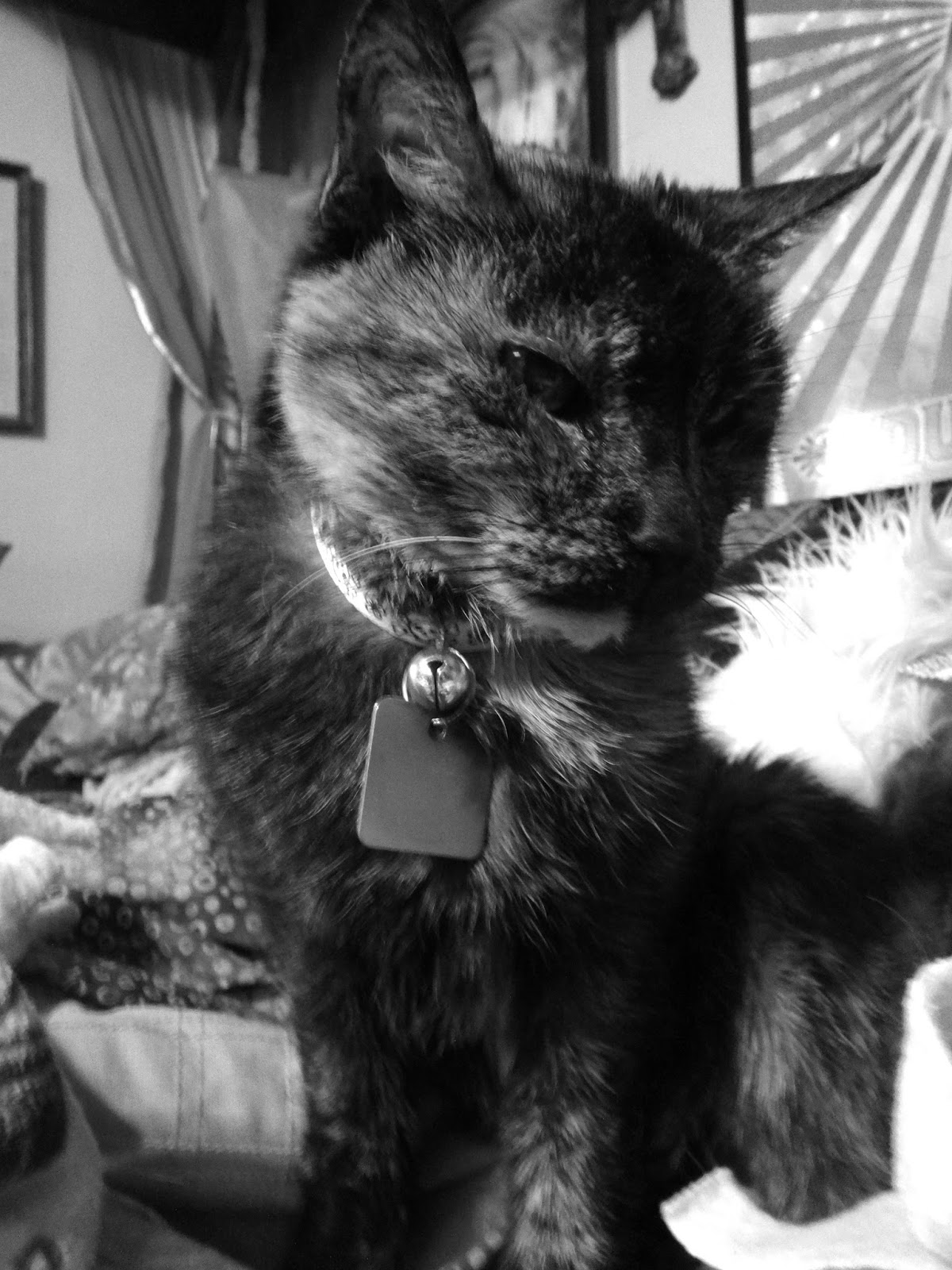 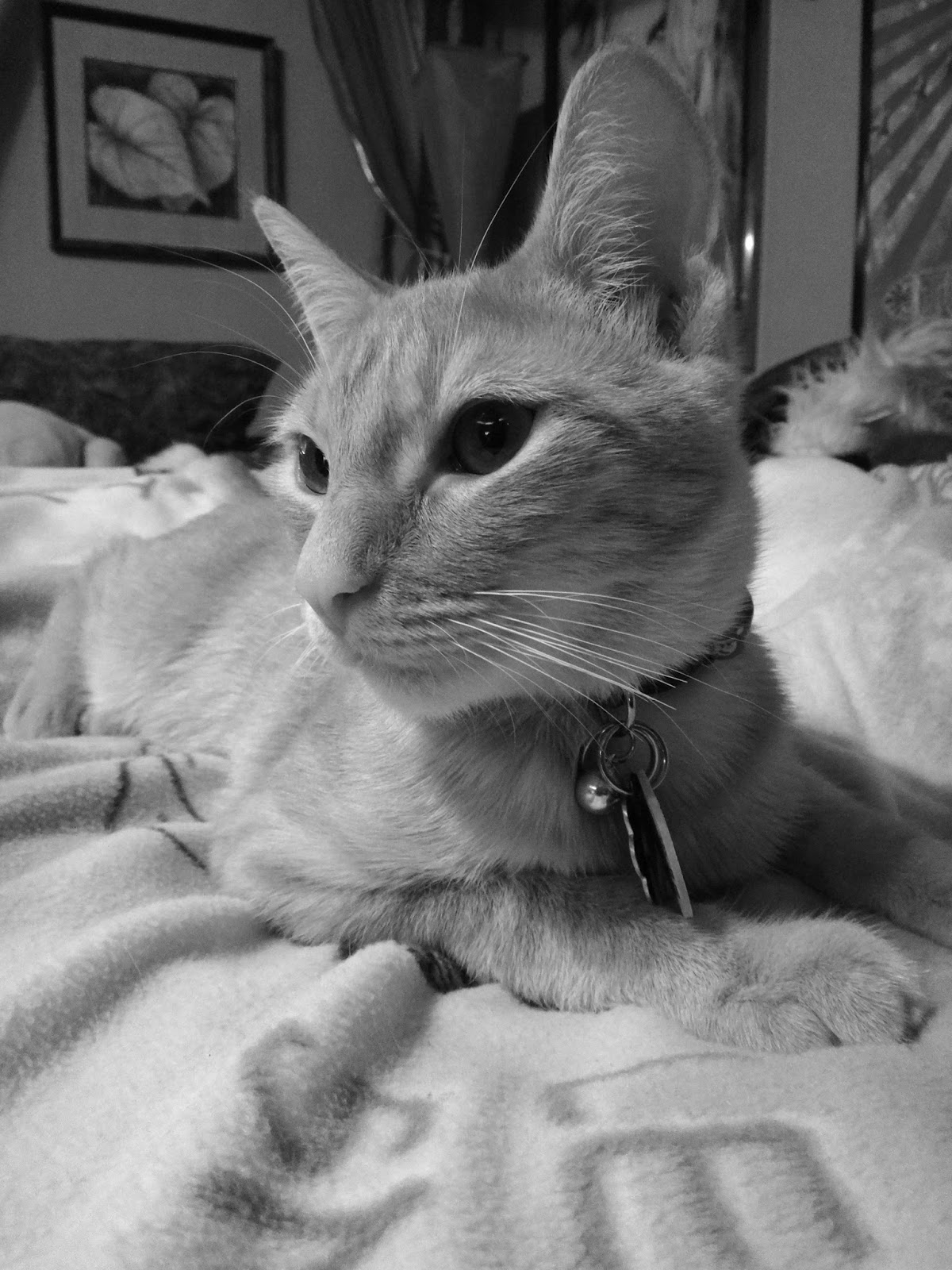 Email ThisBlogThis!Share to TwitterShare to FacebookShare to Pinterest
Labels: black and white sunday

Hi everycat!  We are coming over from Catster, the site is closing down.  Hope y'all have a happy Caturday! 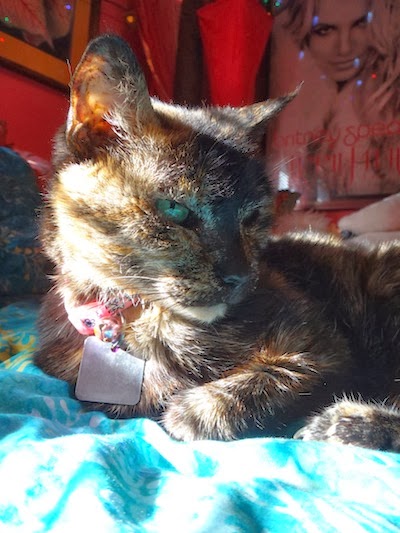 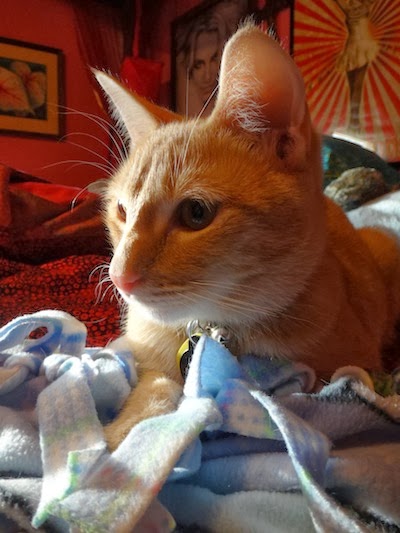 Lone Star Cats
We are Travis, an 9 year old peach tabby, Angelique, a 8 year old gray and white princess, Bowie, a 3 year old light orange tabby, and Bonham, a 1 year old dark orange tabby from down in the Lone Star State. Contact us at lonestarcats26@gmail.com