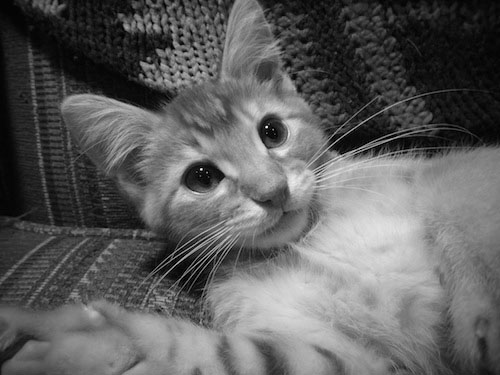 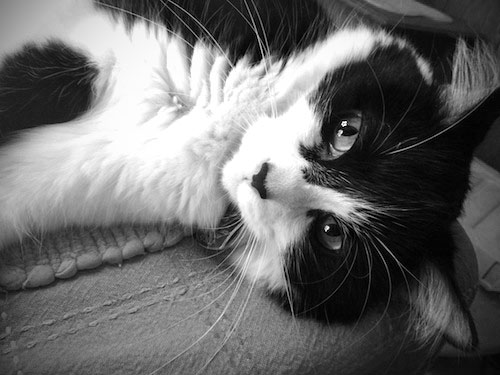 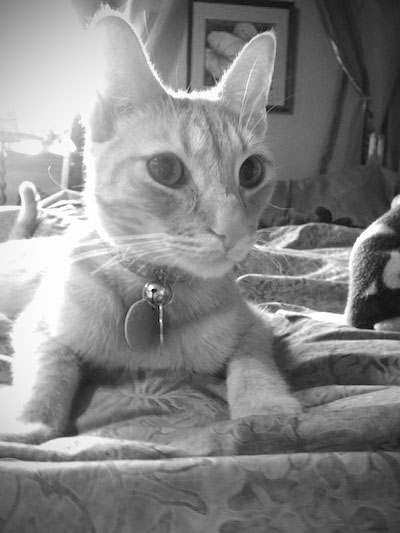 Happy Daddy's Day to all da daddies out dere!  Our daddy/grandpa (he's Crockett's daddy and mine and Maurice's grandpa) had a good day - he got some Jimmy Buffett concert tickets. 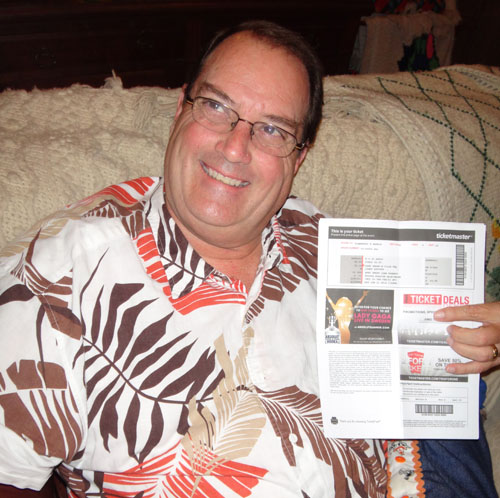 Da best part of da day, at least in my purrspektive, were da bacon. My momma made bacon as part of his Father's Day brunch, and I got fed lil pieces.  She also made some more bacon and put it in a plastic bag (she says it were for dinner from somefin called avocado potato salad).  Anyways, da peeps went off and left da ziploc baggie wif bacon on da counter - I fink ya know where this is going.

I snagged it and tried to head to my room, but da door was closed.  So instead I just ripped da bag open in da hallway and were munchin down on bacon when my momma caught me.  I didn't even get dat much, but what I got were delishus!

I just wanna know, since Father's Day means two meals wif bacon, how come I only got bacon once on my birfday?  Somefin are not right here, but as long as I get some bacon wif each meal, I's happy!  I begged for bacon again while dey were makin da potato salad and I got some - it were tasty stuff!