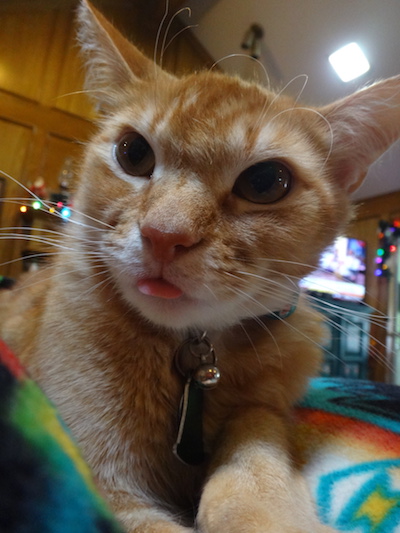 For today's poetical Thursday, I's takin some inspurrayshun from my BFF and mancat furever buddy Crockett . . . he's a lil poem in his honor.

Yeah, he's known worldwide for his signature razzberry
Da friendliest cat, strangers don't make him wary
If ya look at his face real close ya just might spy
Dat he has a liddul bit of just one crossed eye
He's such a cool cat, even pups he'll tolerate
And he's just like me, he knows dat bacon are great
Sometimes he can run real fast, just like a rocket
I hope y'all enjoyed my poem bout Crockett 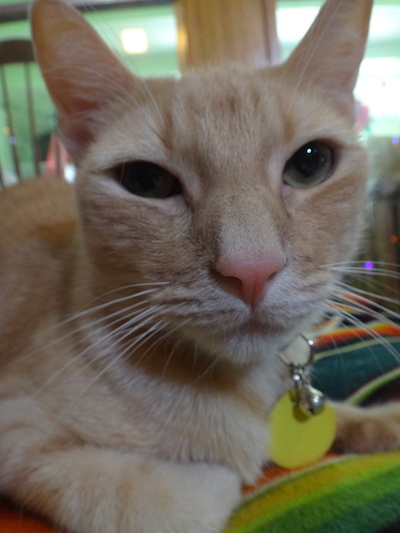 Not too shabby, if I says so myself.  Which I does.  Despite whut Angelique thinks . . . 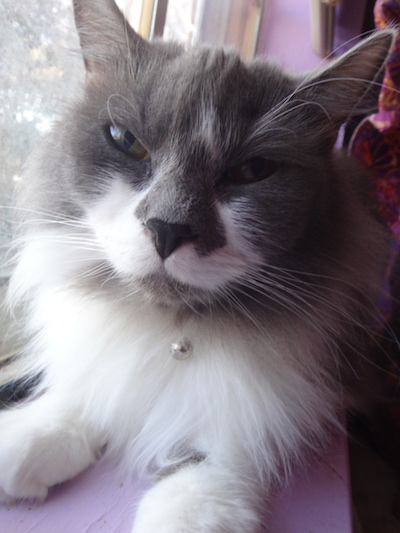 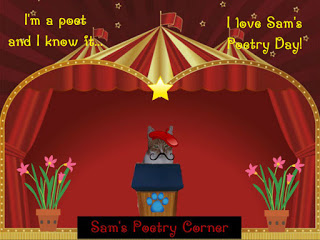