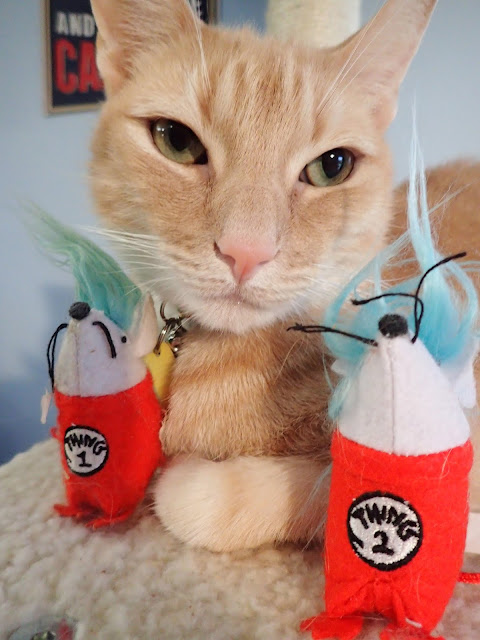 Yeah, we know, Dr. Seuss Day are tomorrow. But Texas Independence Day are also tomorrow and some things take prezuhdents. We is da LONE STAR CATS after all and 2 outta 3 of us is named after defenders of da Alamo. So we is doing dis Seussical thing a lil bit early. I posed wit Thing 1 and Thing 2 (da catnip ones - I better specify since I also call Brinley and Kinley dat). 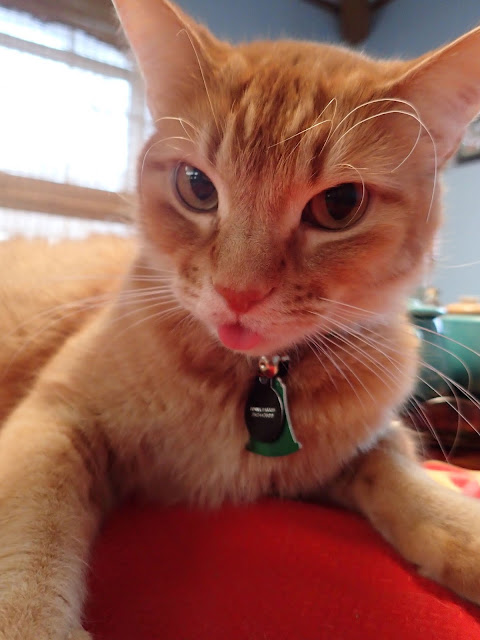 My BFF wuz taste-testing da air, wishin for some bacon. Which got me to thinking  . . . 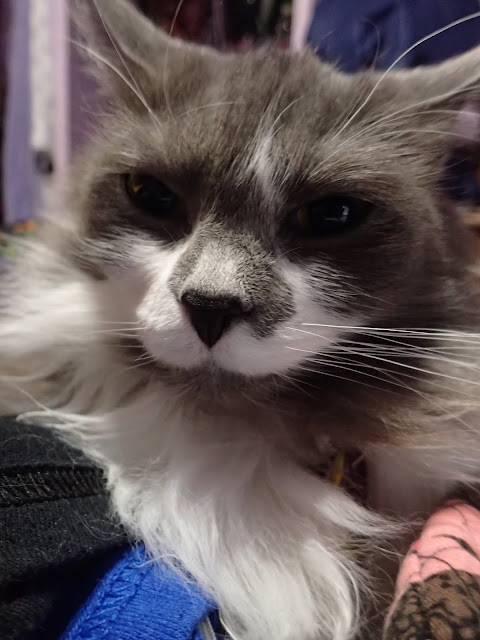 Shhh, Angelique, I wuz thinkin and it are NOT a rare event. Ya know what my favorite Seuss story are??? Green Eggs and Ham (I'll take em in any color, thank you!) So I thought I'd rewrite da story for me. It goes kinda like dis. 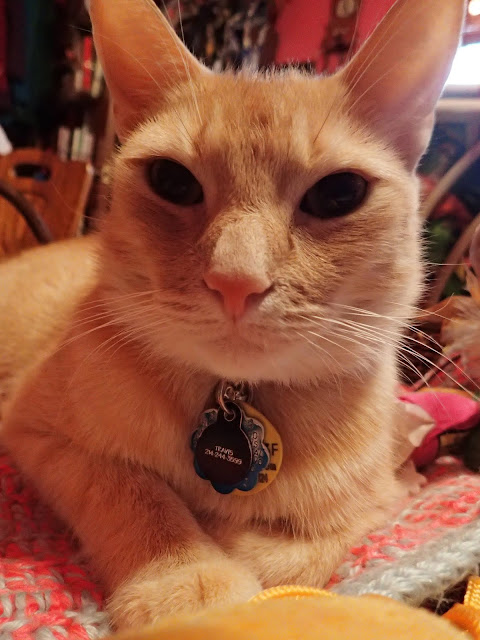 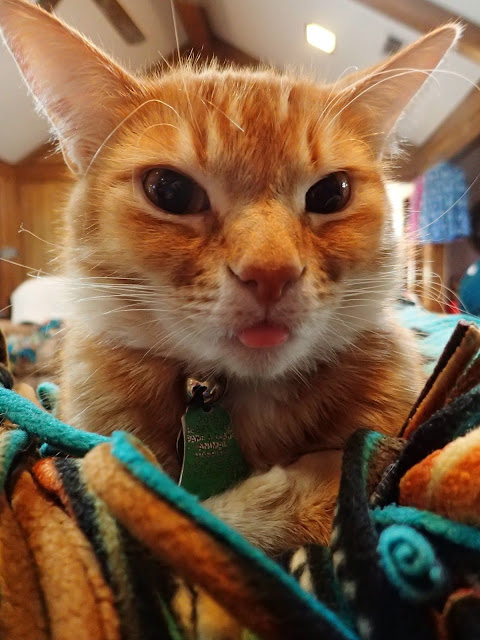 Yeah, I don't know how dat Sam dude wuz talking too in da original, but what a picky jerk! He shoulda just given da eggs and ham to da cat. 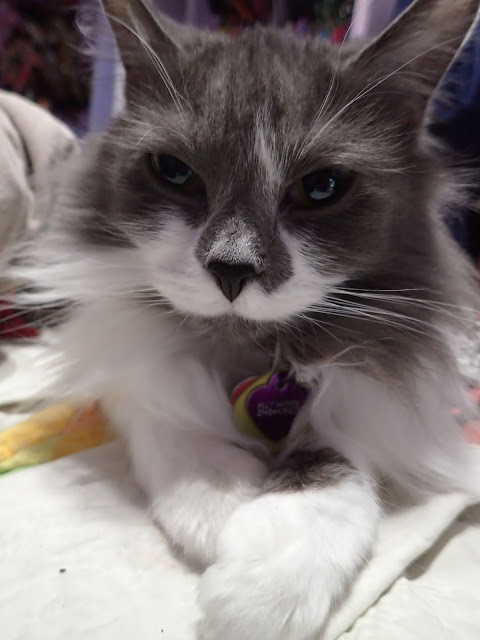 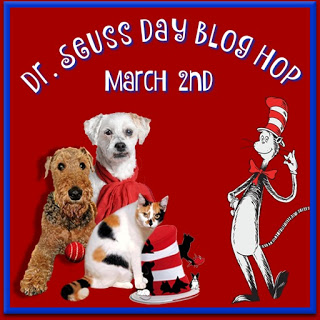 P.S. Apparently Facebook (and Instagram) have decided my blog violates Community Standards. Abusive to what?? PORK?? Nudity??? Only of kitty cats. Ridiculous!! Momma are tryin to figure out how to appeal this, but it is beyond complicated. Hisses to FB and IG!