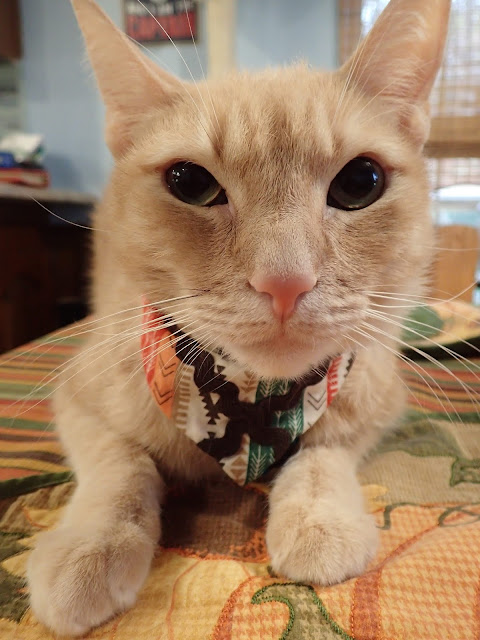 It's Mewsic Monday and this week my good pal CK is the guest host. Since it's Native American Heritage month, she chose that as the mewsical theme this week. 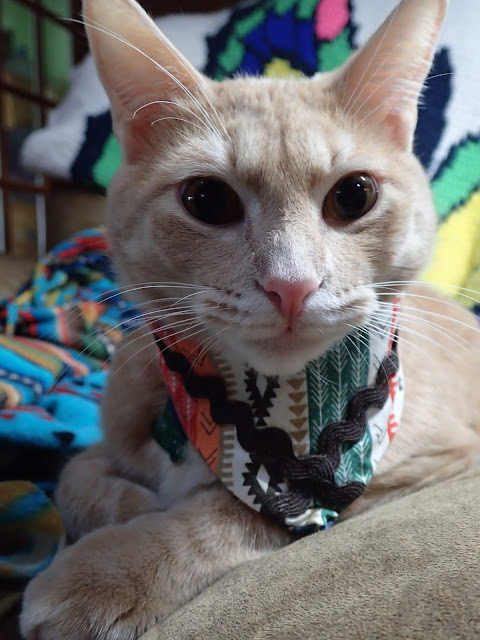 What a pawsome theme! Our native people have NOT been treated right - our government has broken promises OVER and OVER and continues to do so after trying to exterminate their culture and stealing their homeland and lives. My momma has always been interested in and appreciated native culture - there's native artwork in our home and da mommas all have a big collection of Native American jewelry (mainly Navajo, but also some Hopi and Zuni). Bowie's dad are from Arizona and one of the best parts about going to Arizona for my momma wuz going to the trading posts. 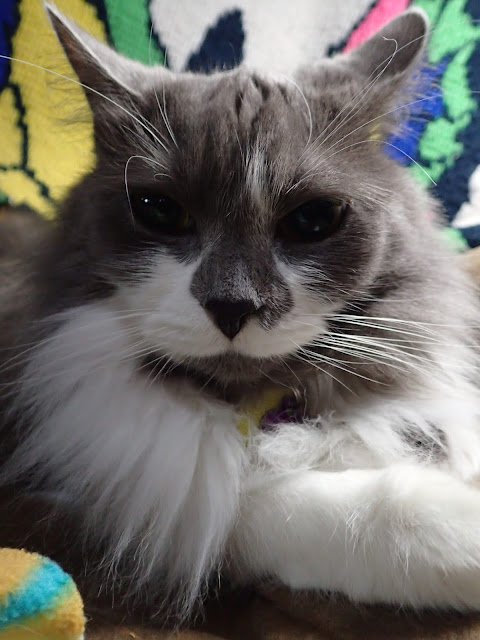 So with that said, here's some tunes by/inspired by Native Americans.

Shí naashá is a Navajo song composed in 1868 that commemorated the release of the Navajo from internment at Fort Sumter.

Now That The Buffalo's Gone by Buffy Sainte Marie - a protest folk song.

When ya think of Native music, ya might think of flutes and drums, but Natives can also rock out, as the Navajo punk band Blackfire shows.

Yeah, it's Disney and we know Pocahontas isn't historically accurate. But it's a beautiful song and gave kids of my momma's generation their first exposure to native culture. Unlike the old movies where the protagonists were the white people and Indians were the enemy, the protagonist here is a young native woman - making all the kids empathize and idealize her. And it duz make a difference. When my momma wuz in kindergarten, they did a Thanksgiving dinner - the kids could choose to be a pilgrim or an Indian. Well, my momma wuz the only girl who chose to be an Indian. Three years later, when Angelique's momma wuz in Kindergarten and Pocahontas had come out, LOTS of girls wanted to be Indians. Hopefully, it made at least a couple of them care more about native issues. And according to Ancestry.com - all da mommas are ackshually direct descendants of da REAL Pocahontas. Pretty cool.

We're ending with Johnny Cash's The Ballad of Ira Hayes. It's the purrfect pick for this Veterans Day - our veterans and our native Americans both deserve more than they get. Kinley Westie will have some more songs for you. 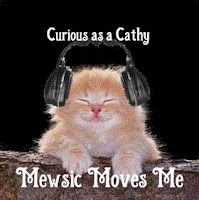 Lone Star Cats
We are Travis, a 7 year old peach tabby, Angelique, a 5 year old gray and white princess, and Bowie, a 1 year old light orange tabby from down in the Lone Star State. Contact us at lonestarcats26@gmail.com