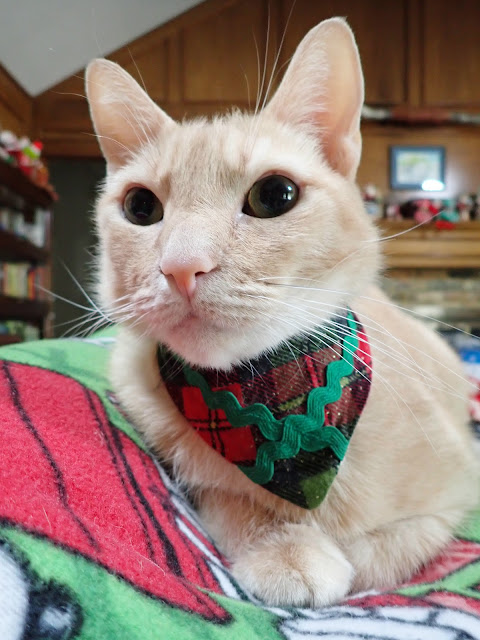 So I wuz just gonna do a post tonite about how da mommas has been decoratin. 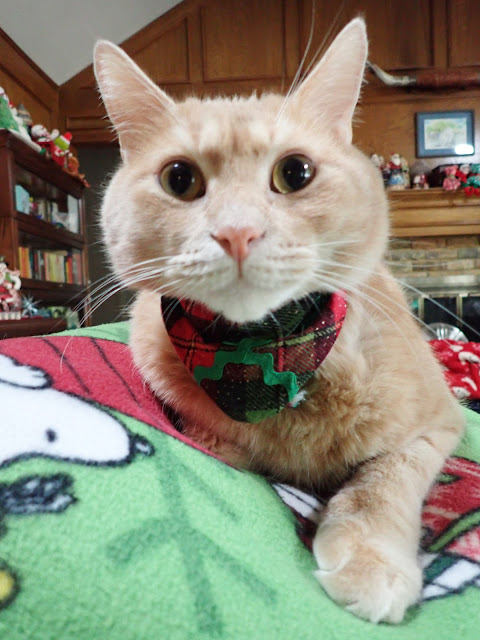 They has been working on da tree for da last couple days. 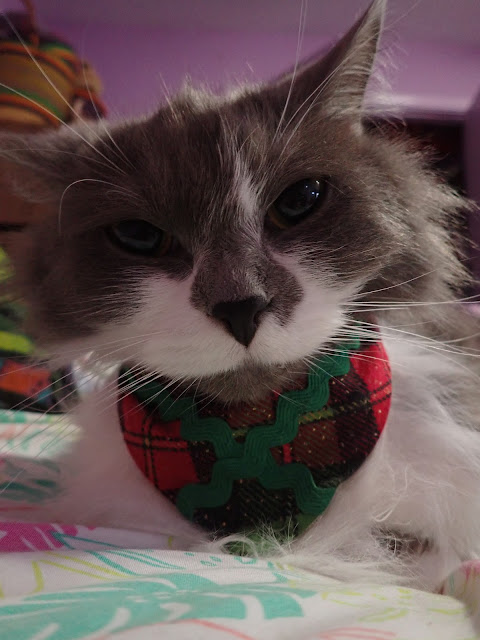 But tonite, on da way home from da grocery store (and from admiring their own work in decorating the front yard), a lil orange guy darted out in front of their car. Momma yelled at grandma to stop (and luckily she did) and then momma got outta da car. She called "kitty kitty" and well, da kitty actually came. She picked him up, put him in da car wif her and took him home. 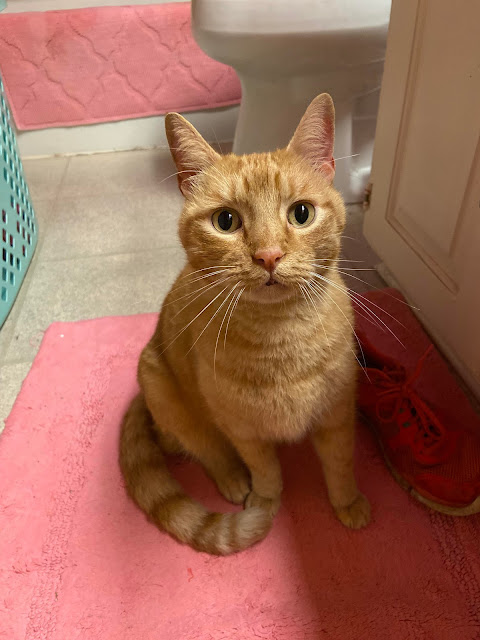 Momma says he's hyper affectionate, and yeah, pretty sure I can smell him on her. He wuz rubbing and rubbing and momma says he wuz making biscuits on da rug. Da mommas posted him up on da book of faces and NextDoor, but so far, no one says he are their cat. 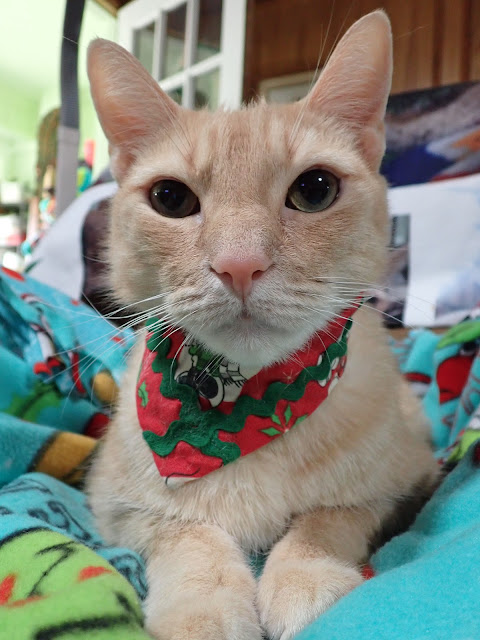 They also took him to da emergency vet so they could scan him for chips. 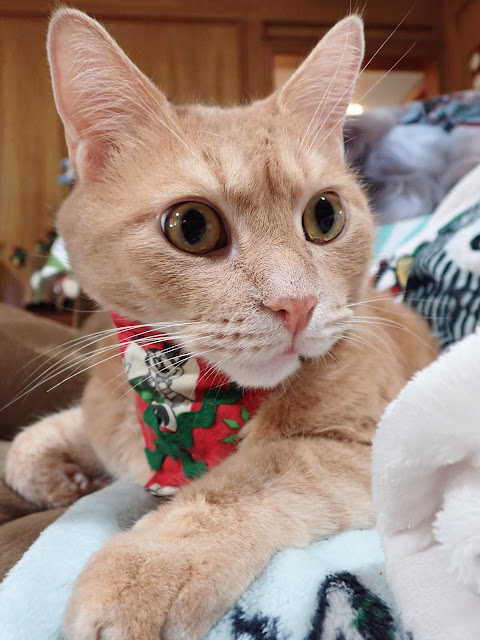 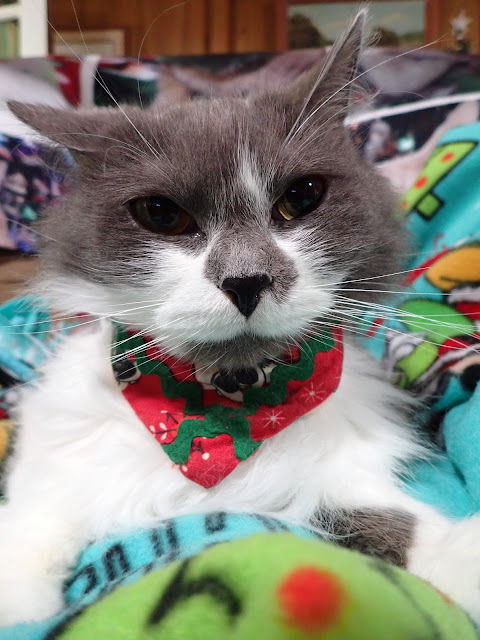 They looked on Pawboost and no one says he is missing. 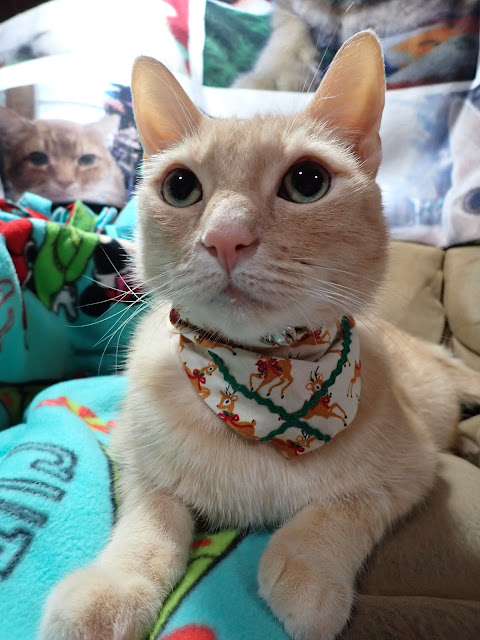 They also rang some doorbells and asked a few neighbors. 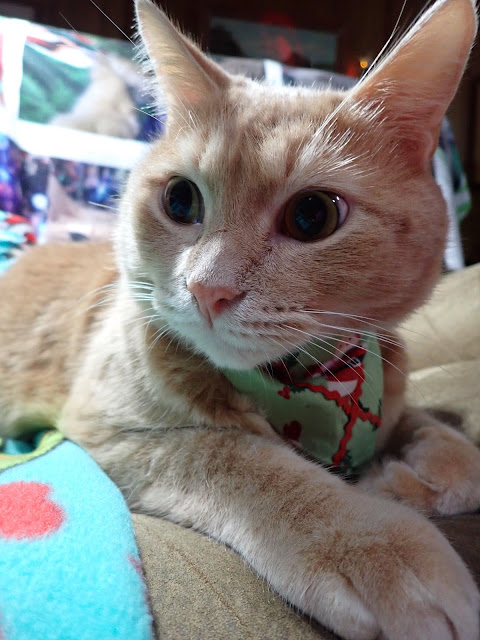 One said he had darted in front of their car too. Another said they had seen him out this morning in the same area. 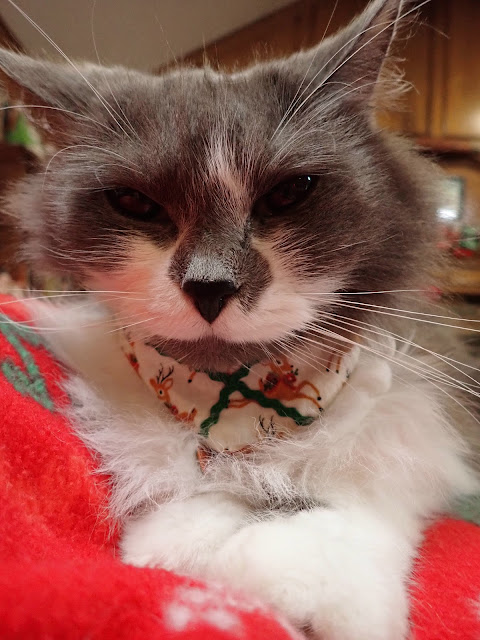 Momma says he seems like he's obviously used to people - they aren't sure if he wuz dumped or what. 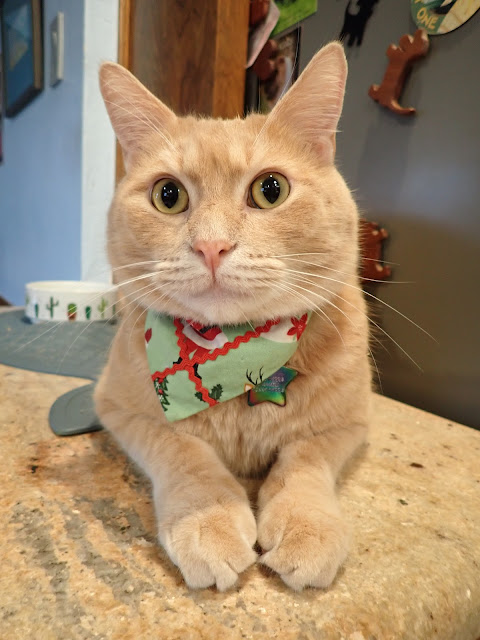 For tonite he's in da sunroom. 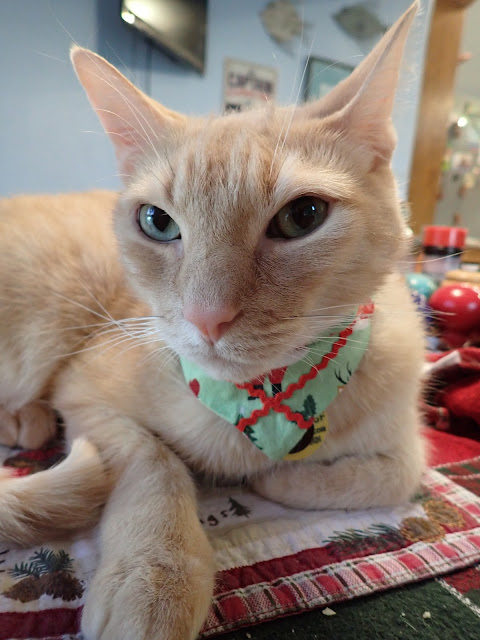 Da mommas are planning on taking him to da vet tomorrow to check out his health. 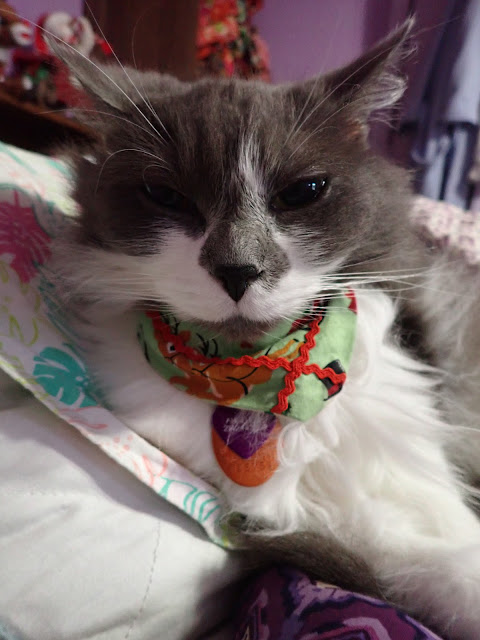 And well, we may have a new brofur. Da mommas are thinking Bonham - to continue wif da whole Alamo-themed orange kitties. IYKYK.
Posted by Lone Star Cats at 11:00 PM

Lone Star Cats
We are Travis, an 9 year old peach tabby, Angelique, a 8 year old gray and white princess, Bowie, a 3 year old light orange tabby, and Bonham, a 1 year old dark orange tabby from down in the Lone Star State. Contact us at lonestarcats26@gmail.com